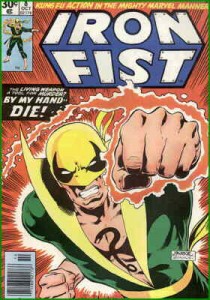 Do you? Well, I want to share a quick story about two fans of different brands. The story takes place a few years ago, but I think it applies even more today than it ever has.

The Art Director I worked with had just bought a Subaru Impreza. He loved the car. He wouldn’t stop talking about the damn thing. At roughly the same time, our Lead Java Developer bought a Porsche Boxster. As you might expect, he was also rather enamored with his ride.

The Subaru guy had such strong ties with his car, he created a fan site. On this site, he covered news about upcoming models, had spy photos, links that other owners would find interesting and lots of pictures of his car of course.

The Porsche guy was a heavy participant in a fan site for his car as well.

I can remember both of them talking about what would happen when the sites owners got “the letter”. The letter being a Cease and Desist document. The consensus was that there was no point in fighting it, they didn’t have the resources or time to deal with it.

And it came. Porsche had contacted Porsche Pete’s Boxster Board and told them that they were not allowed to use the Porsche crest on their site. I’m sure they weren’t too impressed by this, but of course Porsche has every right to control their intellectual property. They removed the offending details and went about their business.

A little later, Subaru guy gets a letter in the mail. Without even reading it, he declared that it was over. He knew what the letter was going to say.

Dear Subaru Enthusiast,
I am with the eBusiness group @ Subaru of America. We are developing a panel of Subaru performance enthusiasts and would like to extend an invitation to you. We are exploring the opportunities of developing a relationship with those, who like yourself, have created web sites that promote the excitement of Subaru performance automobiles. We appreciate this enthusiasm and we would very much like to learn from you how we can contribute information that you would find valuable. Subaru of America’s intention is not to direct or limit the content of your site.

This invitation is being extended to a limited number of site owners that we chose according to search results. We believe that we can both learn and benefit a great deal from one another.

Subaru guy wasn’t too sure what this really meant other than he was allowed to keep the site he had put so much work into.

Over the next couple years, Subaru America had flown him to the Detroit Auto Show a couple times, gave him, and a group of other advocates, better-than-dealer pricing on Subaru vehicles, and even let him take one of their as-of-yet-unreleased sports cars for a spin on a closed track.

Subaru guy said this about his involvement:

Subaru was banking on this car reaching a market that was untapped and used us as a way to help support it. Due to the success of the WRX, that market has since been flooded by other manufacturers with other pocket rocket cars under 30k.

It can certainly be said that Porsche and Subaru both build great cars. Subaru however was very early to idea of reaching out to online influentials. While I don’t have any data on how well this worked out for them, I would guess that it has been an asset to have such avid influentials as avid customers. While this wasn’t by any means free advertising for Subaru, it certainly was more beneficial than the attention Porsche got from a site full of disappointed customers and potential customers.

Between the Porsche guy and Subaru guy, only one still drives the same brand… and yes, I mean Subaru guy.

The morale of the story, you can’t embrace your customer with an iron fist.

How a receipt can teach you about your business

Because that is the way it has always been done